Have you ever experienced someone telling you incredible things quietly, with no fanfare? The calm delivery in direct contrast to the sheer weight of meaning. David Trafford is like that.

The juxtaposition of what he has done, and how he tells it, almost makes his accomplishments seem bigger. For one thing, he only started making wine as a sideline to architecture. He designed and built the Mont Fleur Conference Centre as his first building - well-known in political circles as the birthplace of the Mont Fleur Scenarios (The Ostrich, The Lame Duck, Icarus and the Flight of the Flamingoes - spoiler alert, the flamingoes never took off). He remembers braaing for people like Chris Hani, a struggle icon, only mentioned in passing. He also worked on the Cape Town Town Hall, some of the left-over balustrades and blocks form part of his cellar. He lobbied for the laws to be amended to allow the making of Straw Wine in South Africa, giving people like the Mullineuxs the opportunity today to make 100-point wines like the Olerasay. He discovered and founded Malgas on the Breede River as a wine region and had it designated. The rolled stone soils reminded him of Chateauneuf du Pape, an old family favourite. And then of course he managed to plant 5ha of vineyard on the upper slopes of Helderberg at 393m above sea level. When his parents purchased the property in 1976, you had to walk 2km just to GET to it. Consol won’t even deliver their bottles because of how steep the road is to get to the farm. David Trafford is a FORCE, his actions much louder than his words.

I should preface this by saying that while David is an architect in the strictest sense of the word, he is also the architect of both De Trafford Wines in the Helderberg and Sijnn Wines in Malgas. It is important though to recognise that Charla Haasbroek is the winemaker at Sijnn and is driving Sijnn from a stylistic and operational perspective beautifully, though David still helps out. While he has over 200 ha available at the De Trafford Farm (or Keerweder number 4 as it was called), he only farms 5ha currently. When I ask why he didn’t just expand his production at De Trafford, instead of FOUNDING a whole new winemaking region and everything inherent to THAT, he scoffs: “That wouldn’t be interesting.” He explains that what he does at De Trafford started out almost as a kind of ‘garagiste’ activity, making handcrafted wines in his small, makeshift cellar. And if anything he never wants to lose that quality. What most interests him is finding small pockets of distinctive terroir, and bottling it (irrespective of how difficult it may be to FARM). He makes a compelling case for ‘Heroic Viticulture’. You see famous wine regions such as Bordeaux, BECAME famous because of their access to market. Its location on the banks of the Gironde Estuary making it not necessarily the BEST place to grow grapes, but the most obvious. David becomes animated talking about the conspicuous wealth on display at some of these top wineries: “It makes me so irritated.” As technology and travel (post-COVID) allow, there has been a resurgence of interest in outlying areas such as Piedmont, Sicily (Mount Etna), the Canary Islands, and even Santorini. These areas being well-suited to the growing of specific grape varietals, though previously neglected because of both their long way to market and the difficulty in farming there. We talk about a vine’s inherent need to struggle and David says: “There’s struggle and STRUGGLE. There needs to be significant hardship, but just enough not to break you.” I don’t think he considers the hardships BEFORE he starts though. When I ask him what the NEXT new wine region of South Africa will be and if he will find it, he laughs and says: “I have a few ideas, but I’d rather suggest it to someone else.”

We talk about viticulture vs. winemaking, but David casually sidesteps, highlighting the FOUR main areas of winemaking: GROWING grapes, MAKING wine, SELLING wine, and the ADMIN of wine. The biggest challenge, he says, is SELLING the wine and David has made it even more difficult for himself by growing outlandish grapes in a previously UNKNOWN wine region, in Africa. While there is the inherent novelty factor, how do you make SIJNN a household, go-to name, or even De Trafford for that matter? Though David isn’t interested in making wine for the masses, nor making heaps of money - it is an interesting conundrum. While I confess that I am not privy to a magical algorithm that guarantees sales, I do think that people like David, very well might be, the SELLING POINT. Imagine a quiet, scholarly man, who goes about conquering wild, inaccessible places and makes (incongruously) beautiful, elegant wines, shouldering the burden of unappointed pioneer, simply because… he finds it interesting. Now that’s a selling point, simply by virtue of HIS passion, though if you need more, Tim Atkin can help. Of the 2016 Sijnn Red he says: “This Rhône meets Bordeaux meets the Douro Valley blend, made with grapes grown just 15 kilometers from the sea, is stony, complex and intensely aromatic, showing lavender and wild thyme flavours, grippy tannins and layered, mineral intense fruit. Superb stuff.” Of pricing, David says he’s not interested in selling his wines at extreme prices. He says you have to EARN those prices, and that while South Africa is earning its stripes, it makes sense that it cannot contend on an international level just yet. The First Growths that sell at astronomical prices are based on prestige, built over many, many years and David is happy to do the groundwork.

The sun only rises at De Trafford at around 10:30 am, having to make its way over the mountain first. As such David took us up to their original house (they now live in his parents’ house lower down the mountain), set amongst the vines, and we sat and talked for HOURS (Kleinjan had to put off the camera because he was scared he’d run out of battery). I nearly froze to death waiting for the sun to come up, but David spoke so compellingly that I forgot about the chill. Old Vines. A lot of the people I have spoken to recently are great advocates of old vine wine, as they should be, they’ve got the wine to prove it. David doesn’t detract from this, but he says while old vines sometimes make incredible wines, that this is not true for all varietals. Cabernet Sauvignon for instance doesn’t necessarily require the vine age that Grenache or Chenin benefits from - instead of OLD, they’re often more enigmatic as MATURE vineyards (10yrs and above). Of Chenin, he says it’s sometimes more interesting to blend both old and young. Of Syrah, he says their very 1st harvest in 1998 was hailed the Best Southern Hemisphere Syrah and made from only 3-year-old vines. Thereby recalibrating my views again, instantly.

When I ask David about his milestones and failures, he ONCE again turns my line of questioning on its head. He says that one of his big milestones was failing a semester while studying architecture: “Just a small F next to my name.” He says it was a milestone in two ways: it squashed his fear of failure; and highlighted the fact that when you do something ‘SAFE’ (as he had done in his assignment), you will fail inevitably. It taught him to live and work outside the box and the effects of this ‘failure’ is apparent in his work today. “Failure is not a bad thing, as long as you live through it.” My intention to separate failure from milestone then, a moot point, and also an interesting one if you think about it.

David made me think of Ayn Rand’s The Fountainhead - as the reincarnation of Howard Roarke, the architect who believes in individualism over collectivism… though not as explosive and also as pertaining to wine.

“Here are my rules: what can be done with one substance must never be done with another. No two materials are alike. No two sites on earth are alike. No two buildings have the same purpose. The purpose, the site, the material determine the shape. Nothing can be reasonable or beautiful unless it’s made by one central idea, and the idea sets every detail. A building is alive, like a man. Its integrity is to follow its own truth, its one single theme, and to serve its own single purpose. A man doesn’t borrow pieces of his body. A building doesn’t borrow hunks of its soul. Its maker gives it the soul and every wall, window, and stairway to express it.” - Ayn Rand, The Fountainhead

David spoke of the LANGUAGE of wine, he renamed his Shiraz to Syrah because of what it MEANT in a commercial context. Shiraz referring to the Australian expression of the grape, while Syrah is decidedly French in its delivery. The idea of this very much resonated with the different expressions of a grape, the ‘language’ it learns when planted somewhere else. Of Cabernet Sauvignon David says he just didn’t want to die not knowing what it would taste like when grown in Malgas. Imagine that kind of passion?

Today David makes primarily red wine at De Trafford, with a Chenin from three other vineyards. At Sijnn, Charla makes two flagship wines, a red and white blend of well-suited varietals, the first of their kind from Malgas. David experiments from time-to-time, I think to assuage that pioneering spirit of his, therefore worth keeping an eye out. I ask him where next, he smiles and says: “I’ll suggest it to someone else.” 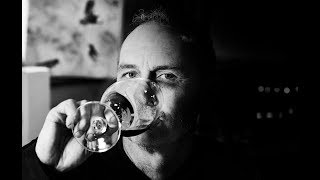